Who was Brandy Vaughan? Anti-vaxxer who founded non-profit Learn the Risk discovered dead by 9-year-old son

Vaughan was an activist who founded Learn the Risk in 2015, which is known for its billboard campaigns, asserting vaccines are responsible for a large number of deaths of young children 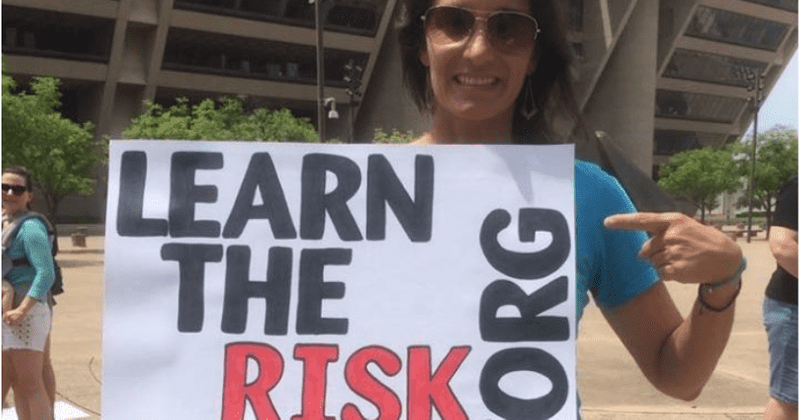 An anti-vaxxer activist Brandy Vaughan, who founded Learn the Risk, has been found dead by her nine-year-old son. The exact date of her death is presently unknown as the news of her passing has been circulating since Tuesday, December 8.

Health Nut News was the first outlet to report that Vaughan was found dead. The editor added in a note at the top of the article, „I have known this information for several hours, but did not go public until after I saw Dr. Shannon Kroner write a public announcement about it after she had hung up with Brandy’s only child, her surviving son who is a minor.”

Vaughan was an activist who founded California non-profit Learn the Risk in 2015, which is known for its billboard campaigns asserting vaccines are responsible for a large number of deaths of young children. As a branch of an organization, she also founded, the Council for Vaccine Safety. Vaughan led both groups as the executive director. She described herself as a „former pharmaceutical insider on a mission to create a healthier world one person at a time by educating on the real risks of pharma drugs and vaccines”.

She then spent eight years living in Europe where she saw how healthcare is done very differently from the US. „Upon returning to the States with a vaccine-free son, she was bullied at a pediatrician’s office when she asked questions that every parent should ask like, What are the ingredients in these vaccines?” her bio reads. „How come children in other countries are healthier, but receive far fewer vaccines?”

According to her Learn the Risk bio, Vaughan sold Vioxx, a painkiller that was found to double the risk of stroke and heart attacks, while working for the pharma industry. The painkiller was later taken off the market. “From that experience, I realized that just because something is on the market doesn’t mean it’s safe,” Brandy said. “Much of what we are told by the healthcare industry just simply isn’t the truth.”

Erin Elizabeth, the editor of Health nut News, recalled meeting Vaughan a number of times in the past as well as interviewing her. „I have felt very concerned about her this year as I have not heard from her as much as usual and had inquired with her very close friends who said she was absolutely fine,” she said. Vaughan had apparently written to Elizabeth and expressed fear for her life. She was apparently afraid of getting poisoned.

‘Learn the Risk’ is a US-based,non-profit organization and a powerful force for educating people WORLDWIDE on the dangers of pharmaceutical products,including VACCINES https://t.co/gZk9wJRCRa

Last year in December, she posted a long message on Facebook writing that she never had any suicidal thoughts, especially since she had sole custody of her son and he was dependant on her. „I have a huge mission in my life, even when they make it very difficult and scary, I would never take my own life. Period,” she said, according to the screenshot of the post currently circulating on Facebook. She went onto say that she was not on any anti-depressant or even taken any daily pharmaceuticals in the last 10 years. „If something were to happen to me, it’s foul play and you know exactly who and why — given my work and mission in this life,” she said.

She had apparently told her best friend Tina Marie if anything ever happened to her she would want Marie to help take care of her only child, Bastien. Marie set up a GoFundMe page following her friend’s death, in which she hinted that she suspected foul play behind her death. „The money will be used as per Brandy’s wishes (she always worried about leaving this earthly realm early): Any necessary legal action, autopsy, or paperwork filing. (To be determined); Helping to put on a memorial/funeral in honor of Brandy; Towards the LearnTheRisk platform/website” the fundraiser said.

At the time of writing this article, the fundraising campaign had already crossed his goal of raising $50,000.