Taking the Dissolution of the Soviet Union as a Model

Radio broadcaster James Edwards on the situation in the USA. Following the Presidential Election in the United States, many questions have arisen over the future of the country, especially with regards to its role as a world power. US President-elect Joe Biden has already announced that the USA is once again ready to „lead the world”.

In the wake of Biden’s electoral victory, what does the future hold for the United States of America? For several years now, the social and political situation within the country has been an increasingly turbulent one, not least for the White demographic in the country, which currently makes up 76.3% of the population, as of 2019. With Biden’s inauguration in January, this socio-political trend is unlikely to change course anytime soon.

Europa Terra Nostra author Sascha Roßmüller recently had the pleasure of speaking with James Edwards – host of The Political Cesspool – about his analysis regarding the current situation in the United States.

Europa Terra Nostra:  Mr. Edwards, these days, America is an exciting field of political observation, but first of all to your person and your awarded radio program The Political Cesspool. Since years you are highly political, you campaigned for presidential candidate Pat Buchanan and hosted him in your show. Please, introduce yourself, and what´s The Political Cesspool. Can you sketch for our readers the history of it and the concept behind?

James Edwards: I am an advocate for European Americans. On a personal level, I am a husband, I have a wife, I have three children. As for my radio program, The Political Cesspool, the radio program was founded in 2004 to express ideas and facts suppressed in the mainstream System media, and to give an audience to those who are excluded, who, because of their views, are effectively silenced. It is important that someone – even in a small way – tells the truth in contradiction of the System narrative. I am known for discussing matters of faith, heritage and racial reality. Over the course of the past decade, my work on the radio has been the subject of interest in hundreds of newspaper and magazine publications, as well as television and other radio broadcasts around the world. In 2016, I was listed alongside Bill O’Reilly, Sean Hannity and Ann Coulter as one of the “top 20 right-wing media fixtures” responsible for Donald Trump. I was later specifically named by Hillary Clinton as one of the “extremists” who would shape our country in a Trump administration. My first book, Racism Schmacism: How Liberals Use the “R” Word to Push the Obama Agenda, was published in 2010. 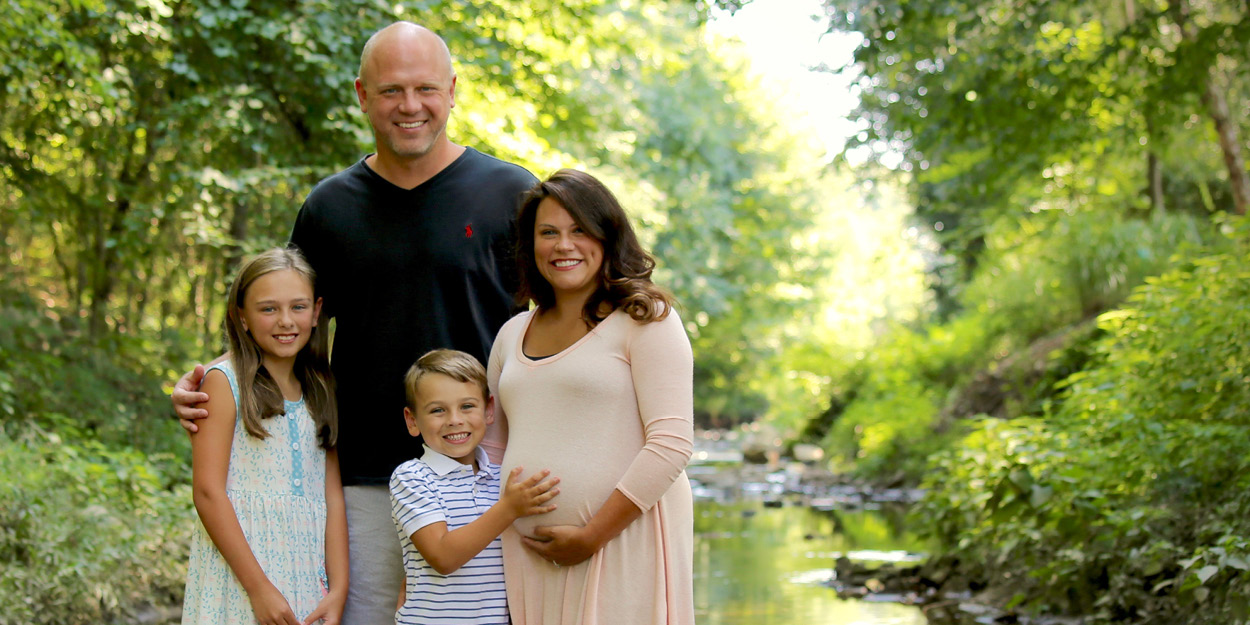 James Edwards with his Family

Europa Terra Nostra: How would you, in general, describe the media landscape in the USA? What idea should we have of the situation, especially regarding the process of opinion-forming?

James Edwards: The System media displays a unanimity that Goebbels and Stalin could only have dreamed of. American mainstream media apes and mimics a handful of media giants – The New York Times, The Washington Post, CNN. In this way, the same line is repeated in the “American” media from top to bottom. Each journalist is his own censor. Dissent does not exist. It is not tolerated. Opinions are the same. The same stories are put centre-stage and repeated over and over again. The same stories are excluded and not reported. All reporting and commentary are the same. The American media speaks with a single voice.

Europa Terra Nostra: One could, for example, witness a concerted Trump-bashing by the establishment, and how the mainstream media promoted a cancel culture and even instigated polarisation up to public unrest – keyword CHAZ. Are conservatives in the USA capable, or even willing, to fight left totalitarianism, and where are the USA heading, not least given the demographic development?

James Edwards: So-called “conservatives” are psychologically unable to fight “left totalitarianism”, as you call it. “Conservatives” pose no threat to the dominance of the left. R.L. Dabney, a great theologian from the American South, said the following about „conservatism” in the 1800s:

Its history has been that it demurs to each aggression of the progressive party, and aims to save its credit by a respectable amount of growling, but always acquiesces at last in the innovation. What was the resisted novelty of yesterday is today one of the accepted principles of conservatism; it is now conservative only in affecting to resist the next innovation, which will tomorrow be forced upon its timidity and will be succeeded by some third revolution; to be denounced and then adopted in its turn. American conservatism is merely the shadow that follows radicalism as it moves forward towards perdition. It remains behind it, but never retards it, and always advances near its leader.

Its impotency is not hard, indeed, to explain. It is worthless because it is the conservatism of expediency only, and not of sturdy principle. It intends to risk nothing serious for the sake of the truth, and has no idea of being guilty of the folly of martyrdom. It always, when about to enter a protest, very blandly informs the wild beast whose path it essays to stop, that its “bark is worse than its bite,” and that it only means to save its manners by enacting its decent role of resistance. The only practical purpose which it now serves in American politics is to give enough exercise to radicalism to keep it “in the wind,” and to prevent its becoming pursy and lazy, from having nothing to whip.

That was true in Dabney’s day, and is twice as true now.

Europa Terra Nostra: Highly topical – what´s your analysis of the election result, and can you give a forecast what meaning this next term of presidency will bear for the USA?

James Edwards: The surprising thing about the election is the large number of votes – almost 50% – Trump won. Trump was subjected to systematic media vilification of the vilest, most unscrupulous and shrill kind for four years. Did a single newspaper, radio or television station in America endorse him? He was outspent by Biden by a factor of 4:1. His supporters were censored and silenced on social media. Even the President himself was eventually censored by Twitter. The capitalists and the labour unions were against him. He was opposed by the clergy of most of the churches. Despite all of this, Trump got about 48% of the counted vote and a little higher percentage of the cast vote. Trump’s showing in the face of these headwinds is a very encouraging sign that Whites are increasingly thinking for themselves. 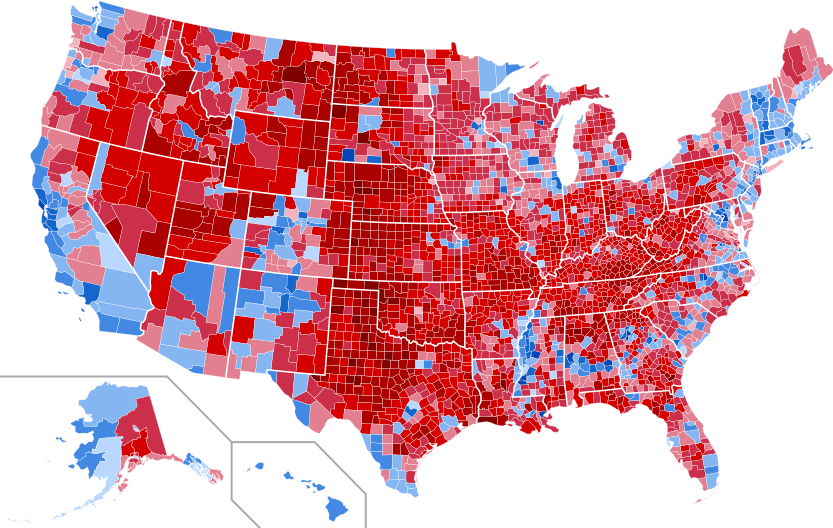 The meaning of the new presidency respectively, what to expect – substantial increase in immigration, both legal and illegal; amnesty and family reunification for illegal aliens; bemused tolerance of illegal immigration; government violation of civil liberties in an effort to suppress dissident speech; FBI harassment of Whites who oppose the System agenda; crony capitalism; corruption as seen in the history of influence-peddling by Biden’s son, Hunter Biden; higher taxes on small businessmen and professionals; transfers of wealth from White Americans to other groups, possibly including “reparations” to Blacks, whose ancestors were slaves six generations ago. In foreign policy, a reversal of Trump’s efforts to withdraw from failed interference in the Middle East; revival of the civil war in Syria with American support; possible intervention in Syria; confrontation with and provocation of Russia. All this and more.

Europa Terra Nostra: It seems that America is becoming quite Balkanised and increasingly a criminal Ghetto (autonomous zone) in the metropolitan areas of blue states. Could secession for Republican states of still-White majority be an option? Respectively, is the GOP somewhere of the necessary mindset to be trusted to do so?

James Edwards: America is irreversibly Balkanised. The United States is occupied by several competing and hostile nations – a White European nation, an African-American nation, a Jewish nation, a Hispanic nation, an Asian nation. We must break up, and the sooner, the better. The optimum outcome would be a peaceful separation, such as that presided over by Gorbachev when the Soviet Union disintegrated, with very minor loss of human life. The GOP is hopeless as a remedy. The GOP will not support secession. Now that Trump is gone, expect to see a stampede of Republican leaders to support immigration and other anti-White policies. Fortunately, demographics will cause the GOP will fade away [sic] and cease to distract people’s attention. 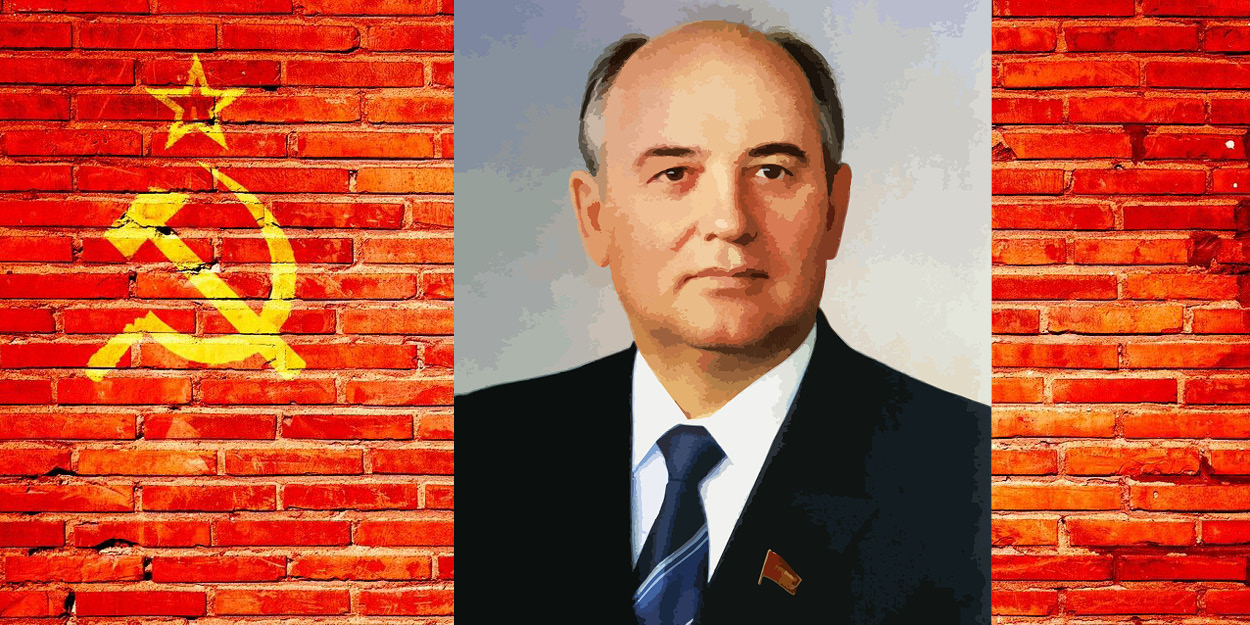 Mikhail Gorbachev, the eighth and last leader of the Soviet Union

Europa Terra Nostra: The slogan “Make America Great Again” arises the question of how to interpret “great”, which should be related to the degree of international reputation. That, in turn, depends essentially on the geo-political ambitions in which regard the USA is often seen as an imperialist hegemon. Do you think a strategical shift towards an attitude of more non-interventionism would improve America´s international relations?

James Edwards: In foreign relations, we need to return to a policy of non-intervention in other nations’ affairs. We need to mind our own business for a change. Imperialistic interventions need to stop, and, yes, this would be conducive to better relations and good for the world, and good for us.

Europa Terra Nostra: In the recent time, more and more the issue of trade conflicts dominated the news. Did an overstrained zeal of globalisation reveal its damages regarding regio-economical substance, and what does that mean for economic nationalism? Is this term becoming a synonym for de-globalisation?

James Edwards: The “American” government has facilitated and supported the “deindustrialisation” of the country. Biden has been a strong advocate of globalism.

When the Coronavirus hit earlier this year, Americans did not have the ventilators or the masks the government claimed were needed to treat virus victims or to curb its spread, because production of medical supplies had been outsourced to China.  China decided to keep such things for itself. No nation – including America and every other nation – can long exist without producing within inside its borders all critical products necessary to its independent existence.

About James Edwards James Edwards, 40, comes from a Christian conservative family, and is himself a married father of three children. The youngest was born in October. Edwards became politically active at an early age, and ran for the House of Representatives in Tennessee in 2002. Although he did not win the election, he received the most votes ever won by an independent candidate in Tennessee. James Edwards was named an Honorary City Councillor in Memphis for outstanding service to the community. He is a book author and has operated the radio station The Political Cesspool in Memphis, Tennessee, for 16 years at www.thepoliticalcesspool.org