Putin’s ‘secret daughter’, 17, spreads conspiracy that COVID-19 is a plot by elites to cull world’s population

A student who is claimed to be Vladimir Putin’s secret daughter has dropped a wild COVID-19 conspiracy theory during a social media Q&A.

Putin’s daughter just made a rare public appearance, the President is determined to keep them out of the public eye.

A student who is claimed to be Vladimir Putin’s secret daughter has revealed she believes that the coronavirus is a plot to depopulate the world.

Ms Rozova refused to confirm or deny she is the Kremlin strongman’s child from an extramarital relationship with a cleaner-turned-multi-millionaire.

When asked outright by journalist Andrey Zakharov, who broke the story about her for Proekt.Media, if she is Putin’s daughter, she remained silent.

But female friends beside her said, “We have agreed not to answer the most important question.”

However Ms Rozova took the opportunity to allude to a conspiracy theory over COVID-19 which claims it is a plot by elites to reduce the world’s population.

“There is this thing – don’t know if I’ll say it correctly – it’s called the golden billion,” she said.

“It’s a society of super wealthy people who have arranged all this coronavirus gimmick. This means that they are killing people. Why if they can do this, a government cannot (too) – for a reasonable cause? I can’t say that I am for it, but this exists, this is what we are living in.” 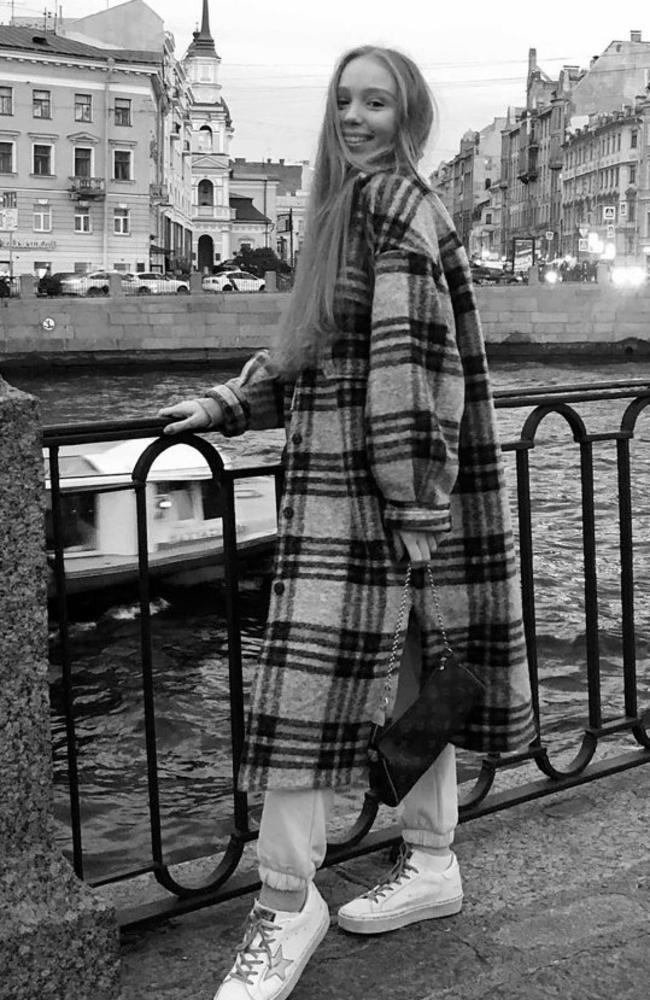 Zakharov – who now works for the BBC Russian Service – asked Ms Rozova, “Have I caused you a bad trauma by my investigation?”

She replied, “Oh no, not at all. My life was so stagnant, I am very grateful for the chance to be in the limelight, that people heard about my account. I’m not trying and never have to popularise myself. I am feeling very well indeed, don’t worry about me. My life goes on, and all is well.”

Ms Rozova – 18 next month – also revealed for the first time that she is a student at a St Petersburg University.

She explained she studying the management of art and culture in her home city St Petersburg.

Zakharov quizzed her over her apparent liking for an “outward-looking Russia”, suggesting that under her “father” things were moving in the opposite direction including threats to block social media from the West.

Asked if she wanted to study abroad, as some of her friends have done, she replied, “Of course not, I don’t want to leave. I am very taken by the thought that there is a possibility to go to such a wonderful place like New York, or to fashion’s boiling points like Milan and Paris. But I will, of course, stay in my country, in my native city. I might possibly go to Moscow, I like Moscow very much, too.”

She declined to be drawn on Mr Putin’s political direction.

“You can’t answer any question this unequivocally,” she said. 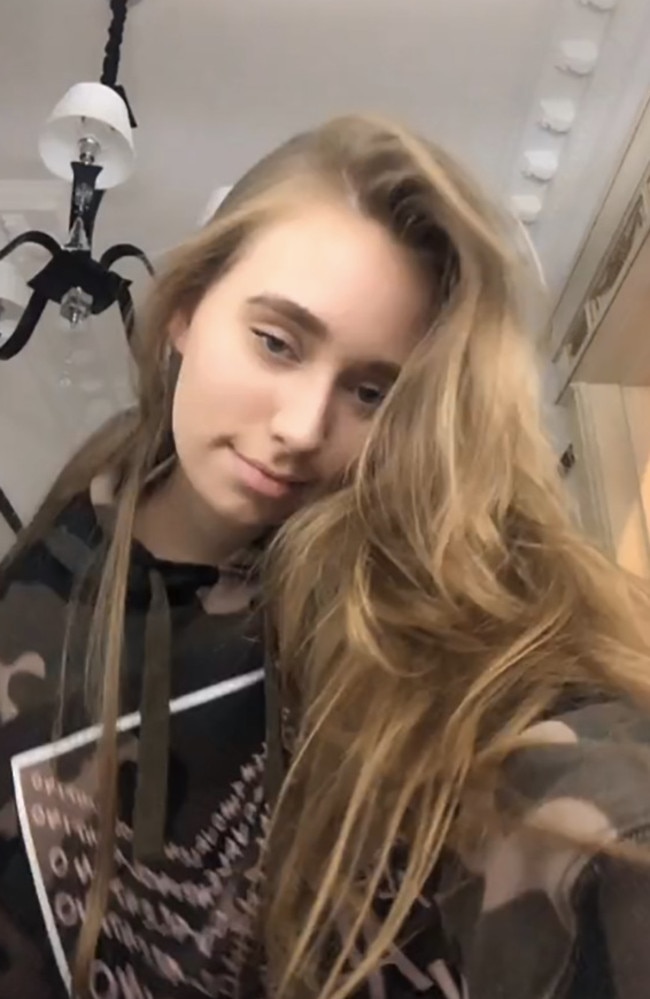 The 17-year-old heiress answered questions on Clubhouse this week. She spoke of a conspiracy theory that COVID-19 is a plot to depopulate the world.

Her Instagram has jumped to 96,400 followers since the reports that she is Mr Putin’s daughter.

In November a report in Proekt – or Project – suggested her mother Svetlana Krivonogikh, 45, had been Putin’s lover in the late 1990s and early 2000s.

The report claimed she now has a £76 million ($136 million) fortune and is a shareholder in Rossiya Bank – sanctioned by the West – with a property portfolio.

Ms Krivonogikh has not spoken on the claims, even as her daughter has come into the limelight on the web.

Face-recognition software allegedly showed a 70.44 per cent similarity between Mr Putin and the younger Krivonogikh, he said.

This amounted to “a phenomenal resemblance to the Russian president”.

Mr Putin’s spokesman said when the story originally broke that the love child allegations were “not very convincing” and “de facto unfounded”.

His relationship to Ms Krivonogikh supposedly ended around the time he was first romantically linked to Olympic gold medal-winning gymnast Alina Kabaeva, now 37, head of a major pro-Kremlin media company.

Mr Putin has two adult daughters Maria, 35, and Katerina, 34, from his marriage to former Kremlin first lady Lyudmila Putina. The couple divorced in 2013.

It involves a plot by the world’s elites to carry out a “strategic depopulation” on a global scale with an artificially engineered virus.