11:51, 25 februarie 2021 | Actual | 216 vizualizări | Nu există niciun comentariu Autor: FLUX ON-LINE
Technocrats in Big Pharma are penetrating governments to use them as battering rams in order to mandate acceptance of gene therapy shots. In Indonesia, a clear majority of citizens do not want to take the jab, but the government will convince them otherwise. ⁃ TN Editor

In a uniquely heavy-handed move, the Indonesian government is threatening to punish citizens who refuse to get the COVID-19 vaccine, as the massive island nation, one of the world’s most populous, pushes one of the most aggressive vaccination campaigns in the world.

According to Reuters, Indonesia’s capital Jakarta is threatening residents with fines of up to 5 million rupiah – about $360 – for anyone refusing a jab, an unusually stiff penalty aimed at guaranteeing compliance with new regulations calling for compulsory vaccinations. In addition to the fines, the government is threatening to withhold social aid.

Deputy Jakarta governor Ahmad Riza Patria said city authorities were merely following rules and such sanctions were a last resort in Jakarta, which accounts for about a quarter of the archipelago nation’s more than 1.2 million coronavirus infections.

“If you reject it, there are two things, social aid will not be given, (and a) fine,” Riza told reporters.

For those who haven’t been following it, Indonesia is fighting one of Asia’s largest and most stubborn COVID outbreaks. The country aims to inoculate 181.5MM of its 270MM population within 15 months under a vaccination program that started last month.

New cases have actually inched higher in Indonesia over the past week, while most of the world has seen a continued decline. 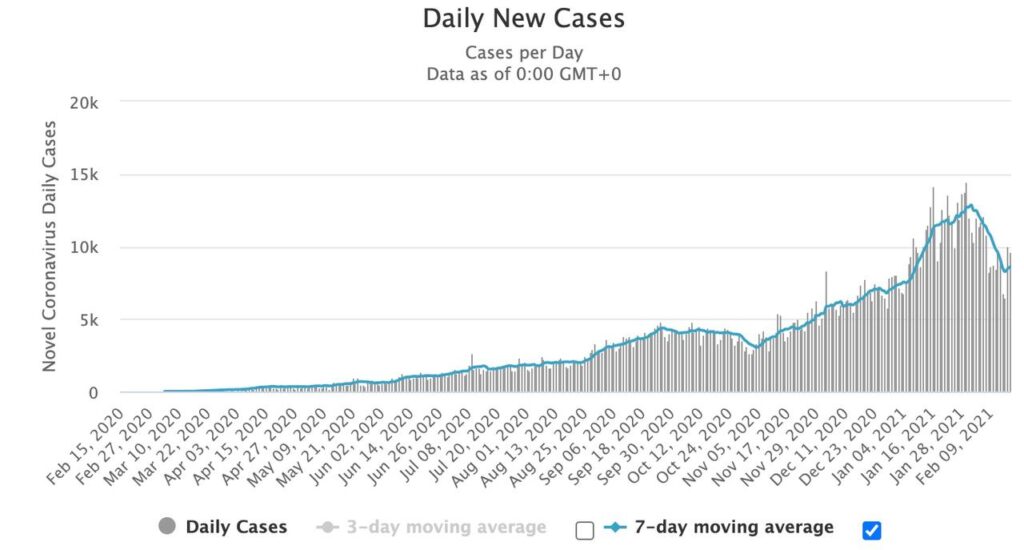 Some 34K Indonesians have also died of the virus, and deaths have also ticked higher lately.

Indonesia announced a presidential order earlier this month stipulating anyone who refuses vaccines could be denied social assistance or government services or made to pay a fine. The penalty would be determined by regional health agencies or by local governments.

In a December survey, pollster Saiful Mujani Research and Consulting found that only 37% of 1.2K respondents were willing to be vaccinated, 40% were undecided and 17% would refuse across Indonesia. Though we imagine these new requirements might change that.