11:48, 25 februarie 2021 | Actual | 167 vizualizări | Nu există niciun comentariu Autor: FLUX ON-LINE
Facebook thought it was the tougher tyrant when it initially banned all Australian news stories from its platform but the OZ government didn’t blink and Mark Zuckerberg quickly regretted trying to muscle the down–under continent to the mat. ⁃ TN Editor

In an extraordinary backflip, Facebook announced Tuesday it will reverse its block on Australian users sharing news on its site and accept proposed government media bargaining laws that force it to pay for content.

The capitulation came after Prime Minister Scott Morrison called Facebook “arrogant,” warning against “Big Tech companies who think they are bigger than governments and that the rules should not apply to them.”

Discussions between Treasurer Josh Frydenberg and Facebook boss Mark Zuckerberg have now delivered a result in the government’s favor and stemmed the fierce public backlash against the media giant.

Frydenberg added Australia had been a “proxy battle” for the rest of the world on the regulation of Google and Facebook.

“I have no doubt that so many other countries are looking at what is happening here in Australia, because of this innovative code the Morrison government is now pursuing, so Facebook and Google have not hidden the fact that they know that the eyes of the world are on Australia, and that is why they have sought to get a code here that is workable,” he said.

The result was immediately applauded across the Australian media landscape and in government circles: 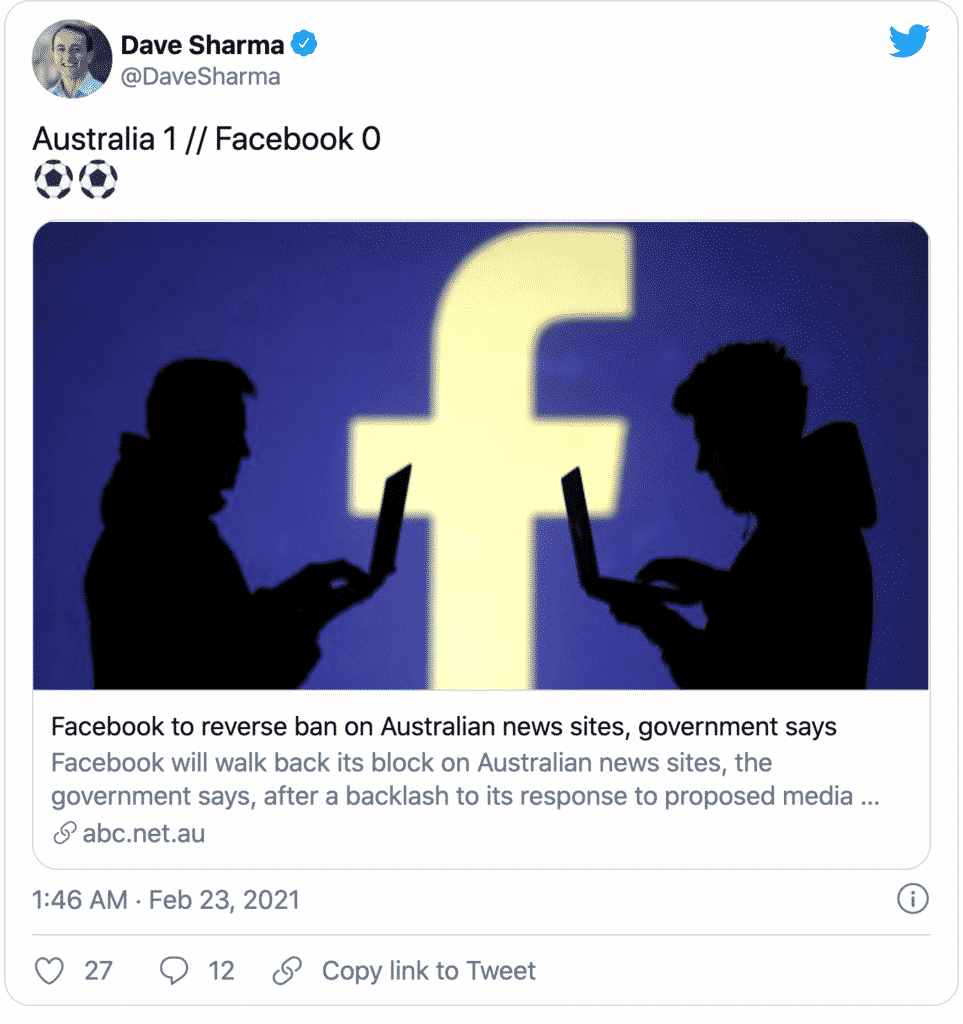 Facebook initially argued it had been forced to block Australian news in response to the proposed legislation, objecting to having to negotiate and set up a “fairer” negotiation process between the tech giants and news companies over the value of news content.