As Went the British, So Will Go America’s Empire

From far-flung foreign obsessions to failing industry, the parallels are striking.

In 1919, the British military was instructed to proceed on the assumption that it would not fight a major war for the next 10 years. The army, discredited in the eyes of the public by four years of seemingly futile bloodshed on the continent, returned to its prewar role as a colonial police force. The naval budget was slashed from £188 million in 1919 to just £52 million in 1923. Postwar ship-building programs were shelved in favor of international arms control, embodied by Britain’s unprecedented acquiescence to naval limitations at the 1921 Washington Conference.

Despite this precipitous reduction in defense spending, it seemed as if Great Britain had resumed her historic role as an imperial power free of European entanglements. With the acquisition of new territories in Africa and the Middle East, the British Empire appeared more formidable than ever. In truth, the shortsightedness of Britain’s leadership during this period ensured that she was ill-equipped for the turbulent 1930s.

The parallels between Britain’s interwar myopia and today’s American foreign policy establishment, which is relentlessly fixated on Russia and the Middle East even as a rising China presents profound new security challenges, should be obvious.

For at least a few years after the First World War, it seemed as if Britain had successfully turned back the clock. The country’s large conscript army was hastily replaced by a much smaller force of long-serving professionals. Before World War I, the British navy’s fighting strength had been ruthlessly consolidated in the North Sea to meet the rising German threat. Foreign squadrons were recalled and obsolete older warships retired. Arrangements were made, first with the Japanese and later with the French and Italians, for naval burden-sharing in the Far East and the Mediterranean. 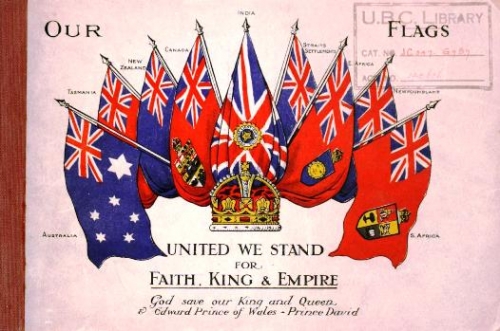 In the 1920s, however, the navy resumed its Victorian posture. Squadrons were once again dispatched to the West Indies, North America, South America, the Cape of Good Hope, the East Indies, and China. These warships showed the flag and intimidated local potentates, missions that could be safely accommodated by the budgetary and political constraints of the era. Behind the scenes, however, the alliances that had buttressed Great Britain’s position during World War I were eroding, as Japan and Italy drifted from her political orbit. The continental system that had contained Germany was also faltering: France would not risk another war, Russia had effectively withdrawn from European affairs, and the new states of Central and Eastern Europe could not hope to contain a resurgent Germany.

This is a familiar story to many Americans; the gathering storm of the 1930s is one of the few historical periods drilled into our collective memory. Yet the specter of appeasement, which is ritually invoked every time the United States declines to bomb a third-rate power or failed state, has distorted our understanding of the interwar era. It is easier to sympathize with Neville Chamberlain’s political instincts when you consider the strategic legacy of his predecessors, who assumed that Britain could seamlessly resume its late Victorian role. Today, the United States’ fixation on the Middle East and other peripheral concerns is best understood as a 21st-century version of Great Britain’s interwar myopia.

The persistence of this strategic short-sightedness across different administrations is quietly astonishing. Obama spoke of a “pivot to Asia,” but his foreign policy will be remembered for the Libya intervention, the inauguration of a campaign against the Islamic State in Iraq and Syria, and continued counter-terror operations throughout the Middle East and Central Asia. Trump’s confused trade policy towards China lacks strategic direction and has been eclipsed by his own military adventurism in the Middle East, which may yet lead to conflict with Iran. Joe Biden, the 2020 Democratic frontrunner, blithely assures us that China is “not competition.” American politics has been consumed by a scandal connected to the provision of foreign aid to Ukraine, a country that is almost totally irrelevant to our vital national interests.

The parallels between the American and British experiences are ominous. Just as Great Britain relied on a small force of long-serving professionals to police its overseas territories, small special forces detachments have come to exemplify American military reach and expertise. Counter-insurgency campaigns in the Middle East and Central Asia, where the United States is assured of naval and air supremacy, recall British gunboat diplomacy in the 1920s. Far from being symbols of American military power, drones, AC-130 gunships, and helicopters are in danger of becoming latter-day versions of the obsolete British warships that once patrolled the Yangtze River.

American involvement in the Middle East has also obscured far-reaching changes in military technology. During the interwar period, British admirals ignored naval aviation and submarine warfare in favor of maintaining a fleet of battleships. American naval and air supremacy has been a fact of life for the past 30 years, but China’s military investments, including so-called anti-access area-denial technologies, are likely to change that calculus, just as Japanese airpower and German U-Boats brutally exposed the Royal Navy’s shortcomings.

Military technology is intimately connected to industrial know-how, and once again, the British experience is instructive. Before 1914, Great Britain could construct warships faster and more efficiently than any other power. The erosion of British shipbuilding in the 1920s and ’30s parallels the decline of America’s manufacturing base, which has been undercut by offshoring and overseas competition. The gradual disappearance of America’s skilled industrial workforce recalls the plight of British shipbuilders in the 1930s, who were forced to purchase Czechoslovak steel to equip newly ordered warships. Indeed, we seem to have done the British one better—several components for the new F-35 fighter were procured from Chinese companies. 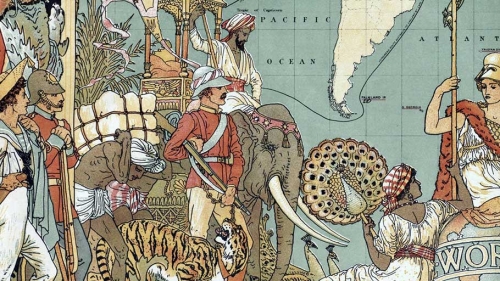 The steady erosion of America’s international alliances is yet another worrying parallel. Just as Japan and Italy drifted away from Britain during the interwar period, many American allies seem to be moving toward, if not outright hostility, at least neutrality in the event of a serious confrontation with China. Guy Verhofstadt, the outspoken former Belgian prime minister, has defended European integration on the grounds that Europe must compete with China and the United States on an equal footing. Despite being victimized by aggressive Chinese hacking, Australia is understandably reluctant to alienate the most significant power in East Asia. Taiwan is more interested in acquiring prestige weapons systems for domestic political consumption than actually preparing for war with the mainland. Japan must grapple with an unfolding demographic crisis and a conflict-averse political culture.

All historical analogies are imperfect, and it would be silly to compare China’s current trajectory to the rise of Nazi Germany. And in some ways, the United States’ position is more favorable than Britain’s was: our economy is comparatively stronger, our emerging rival is not aggressively revisionist, and there is nothing like the First World War hanging over our collective national consciousness. Yet it is impossible to look at the United States’ current foreign policy and conclude that our priorities are in order. Our preoccupation with the Middle East, a relative geopolitical backwater, recalls Great Britain’s interwar obsession with the security of India. Meanwhile, our fixation on Russia is a hangover from another era, a 21st-century version of interwar Britain’s misguided attempt to return to its Victorian strategic posture.

China and the United States are not destined for war. Nevertheless, the rise of a new global power inevitably invites friction and even conflict if relations are not carefully managed. It is easy to imagine the United States stumbling into a confrontation with China through a lack of strategic focus and an outdated understanding of American military reach. The interwar period is usually invoked to push the United States into foolish commitments to strategically unimportant countries. The more relevant lesson is that a changing world demands a changing grand strategy.

Will Collins is an English teacher who lives and works in Eger, Hungary.